The Economics of Vampirism: Blood against Social Welfare

The Transylvanian Problem of renewable resources

Vampires are famous mythical creatures known for their bloodthirsty diets. If such beings were to

exist and rise up, how should we combat them? Perhaps the answer lies in economics…

“Do you not think that there are things which you cannot understand, and yet which are; that some people

see things that others cannot?”

Vampire hunter Van Helsing chides the protagonist in Bram Stoker’s novel. This tale marks the beginning of one of the most famous vampires in modern media, Count Dracula. Since Stoker’s vision of the bloodsucker, this beast has taken on many forms in various sources, with different supernatural abilities and weaknesses. However, all these depictions have one thing in common – the vampire is a natural predator of Homo sapiens, devouring the blood of its victims.

Dennis Snower, an American-German economist, decided to tackle the problem of vampirism from a macroeconomic standpoint. This was in response to fellow economists Richard Hartl and Alexander Mehlmann who conceived a demand-and-supply problem from the perspective of vampires.

The vampires in their problem were undead corpses of H. sapiens. A corpse who had fallen victim to a vampire would in turn, rise as a vampire. Vampires occasionally fall victim to sunlight, garlic, and crucifixes, which reduces their population. They feast on humans and require some number of humans to be satiated.

Snower soon followed up with a publication in reply. “Clearly, this approach is somewhat misguided,” he wrote. “One wonders what conceivable interest the authors could have had in helping vampires solve their intertemporal consumption problem.”, questioning the loyalties of his peers. His paper outlined the human macroeconomic response against vampires. Human labour could be diverted into widgets, to improve human wellbeing, or stakes, to slay the vampires.

He proposed two theorems in his paper. The Vampire Impossibility Theorem states that there is a critical level of stakes required to be produced by humans, in order for continued survival. This in itself isn’t very surprising. What was more contentious was his second theorem.

By careful analysis of human-vampire interactions, he found the Vampire Neutrality Theorem. The socially optimal solution demands that vampires not be extinguished – instead, maintaining vampires as an endangered species appeared to be the best for human welfare in the long-run. As the vampire population falls to zero, the ratio of stakes-to-vampires increases without bound. In other words, to hunt down the last few remaining vampires, the human population must divert resources to produce a needlessly colossal amount of stakes. It would be more beneficial to the human population to then come to terms with having a low number of vampires around. By not wasting resources on excessive stake production, we as humans stand to gain much more from the welfare-boosting widgets we could make.

Do vampires really exist? Who knows. Perhaps they are lurking in shadows, chased to endangerment but never quite extinct. Perhaps our economic policies have been keeping them sufficiently at bay, for the betterment of the greater humanity. 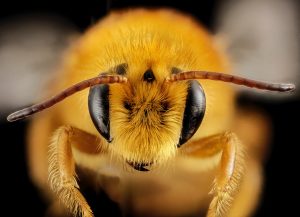 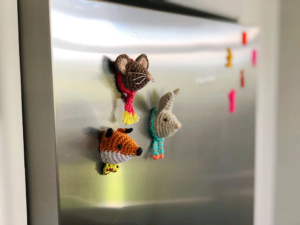